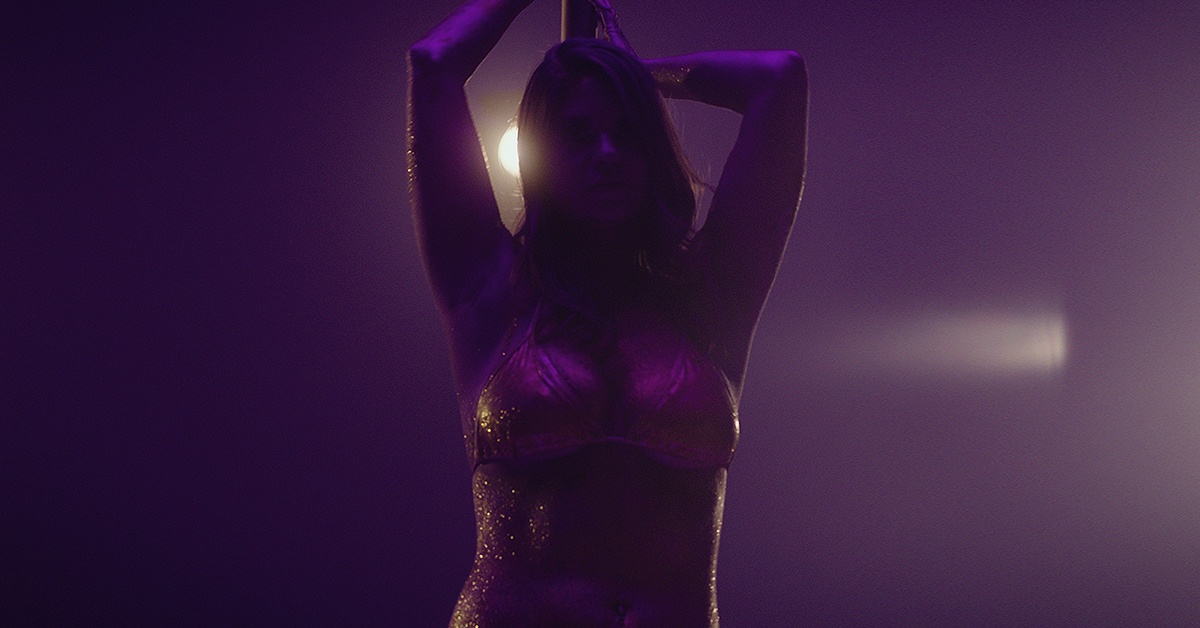 My eyelids peeled awake and broke the crust free, both still thirsty from the wild night before — whiskey just does that to me — and I woke up just in time to watch my favorite leather jacket flying through the air, headed straight for my face – WHACK!

“I know you think you’re this big rockstar, or whatever, but at least have a little decency and leave that shit outside! Ugh! You smell.” My jacket sat in a wrinkled heap in my lap, now sprinkling our bed in a starry layer of intrusive, gold glitter flakes.

“Babe, it’s not what you think!” I pleaded as she stormed out of the bedroom.

Pulling a t-shirt over my head, I scrambled down the stairs, past the albums, past the half-a-dozen guitars, and past the art that donned my stairwell, “Baby! Please! Let me explain!”

“I’m done listening to you,” she said, digging in her purse for something. “I’m going to my mom’s. And don’t fucking call me.” And with that, she slammed the door behind her.

The sun was impossibly hot on my face that day. It was too hot to smoke, but I did anyway, lighting a cigarette, almost laughably, at the powerful heat beaming down. It was my first day in the studio with my new band, Silo, and while I’m grateful that we kept the [barn] studio nice and cool that very hot summer day, I also appreciated warming my blood outside for a few long minutes several times a day. While my bandmates and producer talked about sound engineering and tunings and shit I had never heard of, I was sent outside with a pair of headphones and a pen and pad. As I understood it, they were going to replay guitar parts to a click and a temporary drum track to build the structure of our song.

Then it was almost my turn to contribute… and I suppose agreeing to be a singer/songwriter for a hardcore country band meant that I would eventually have to write something, and subsequently, sing it. Shit, we were already at a studio in a barn, in a remote farm town somewhere out on the plains, two songs in, on our first day together. Truthfully, I had never been in a real band before, or recorded anything in a studio with a producer. And I met these people that morning.

“I’m fucked,” I thought to myself as I had less than one line written. And the meter was surely running. Recording studios use these things called ‘click tracks’ which click/beep at a certain beat-per-measure to help musicians keep in time. Or at least that’s what I thought it was. Turns out, it’s just the sound of the meter running out on you. Every missed take, every uncertain decision, or every quick lyric rewrite is costing someone somewhere money. And what made my ass think I could deliver?

This song, however, was special to me. The music spoke and ignited something that I don’t believe I will ever forget. To me, it felt like first love, heartbreak, and closure rolled all in one — the final “fuck you” to that person who mattered at a moment in your life.

Just after I lit up, one of the band’s guitar players told me about the ordeal he was having with his ex-wife, who just happens to be a stripper. That was the moment when I saw a story in my head, and where the craziness all began.

“Divorce dust” is a term used jokingly in strip clubs, meant to describe the glitter that ends up on a patron’s clothes after receiving a lap dance, to which their spouse discovers, and thus, wreaks havoc on marriages. And although the song “Glitter & Gold” does tell a tale of one nasty divorce in particular, it is not that of a strip club patron at fault, but conversely, the ex-wife stripper and her ultimate betrayal as a dancing she-devil, if you will.

It seems everyone (in this circle) knows someone who has dated a stripper. “Fucking rockstars,” I thought, shaking my head. I guess we’ve all now heard tales of what it’s like… but Silo guitarist,  ██████, is one of the few that can give a first-hand account of actually being married to one. And surviving.

It started just like any love story — passion, romance, trust — a typical dating relationship-turned-matrimony. And like many marriages with hopeful notions of post-nuptial change, the inference for  ██████ was that the woman he married would eventually cease her party-drug-fueled, erotic-dance-addicted lifestyle, and she would refrain from exposing herself to the nightly temptations that surrounded her.

Fast-forward three years from “I do”, and no picket fences in sight. For her, the plethora of nightlife addictions had only worsened; but erotic dancing itself, the primary drug — the attention, the money, the feeling of being desired by other men — would entirely consume her. She started to spend more and more time away from home. ██████’s suspicions were again on the rise. The marriage already on the rocks, he felt something was amiss. But he couldn’t put his finger on it. And then, there was an unfortunate breakthrough: She was caught red-handed, having an affair with the neighbor. So now, they were finally, officially, and totally, over. “Til death adultery do us part.”

Or so we thought.

“But baby, you know, all of that glitter ain’t gold,” I mumbled to myself, tapping with the pen on the paper, pacing in front of the studio’s front door in 103-degree heat, blasting the instrument track to what eventually became “Glitter & Gold” in my headphones. I liked that lyric so much, because it was a slight nod to Robert Frost, while also playing into the obvious ‘songs we know’, and even how we cut back into the meaning of the song, with what the glitter on the dancer was ultimately telling her about herself. As if to remind her that, “Darling, all of that glitter you’re wearing is worthless,” and as my grandma always said, “Dress what they think you’re worth.”

Three months later, the air was thirty degrees cooler, the sky was the only thing that smelled like smoke, not me, thankfully, and I’m asked to contribute to the story of “Glitter & Gold”.

We had celebrated after wrapping up the music video for “Glitter & Gold” that night, just me and her. Couple of drinks. Dinner out. Home by ten. Cheersing with one another until I eventually awoke to her shouting at me the next morning. The middle part is gone from memory.

“I know you think you’re this big rockstar, or whatever, but at least have a little decency and leave that shit outside! Ugh! You smell.” I remember thinking how ironic it was that, no, I hadn’t been to a stripclub the night before, and yet, my leather jacket was still covered in gold glitter… in… divorce dust… from all of the glitter on the set of the music video (which, we still find around the house sometimes).

Then I stopped in my tracks, because I remembered, in that moment, just after she slammed the door behind her, that I shouldn’t be worried about the glitter. No, I was safe from that now. But any second, I just remembered, she was going to find the three large hay bales crammed in the back of her Audi. And I was surely a dead man.

What is “Glitter & Gold” about? I don’t know, because I don’t know the listener’s story yet, or how it will be received by everyone. But for me, I wrote it about the pain someone feels when their love is slipping away. And how it feels to let that go. But these are also just my words on some music that my brothers wrote… All I can surmise at the end of the day is: This [pain] was someone’s reality not that long ago. And while we all experience things that we have no control over, I suppose this song is really about telling yourself what’s important and learning that what counts is how you come out of hard times.