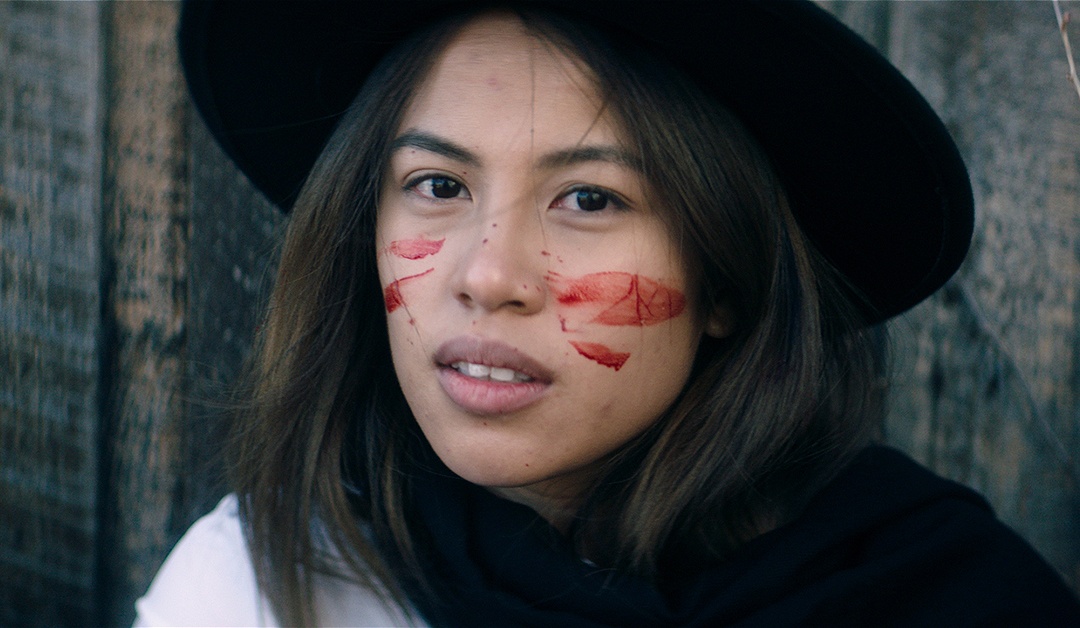 My first memories of the sun were from behind the smudged windshield of an old farm pickup truck (in what once was Indian territory) riding through Northern New Mexico. I was no more than five years old, sandwiched in the bench seat between my Uncle and my Grandad, both men whom I loved dearly.

We drove for hours around the ranch, occasionally stopping to kick out a salt block for some nearby cattle, and to “relieve” ourselves.

That old seat belt — back then, they were merely used to secure your corpse in place for the coroner — dug sharply into my belly, I remember. And no matter which way I moved my head, the sun would still find my eyes. I wasn’t tall enough to use a sun visor, and my head wouldn’t yet fit one of their cowboy hats. I looked up at my granddad, a real cowboy, but also gracefully aging out of his prime. Through the sunlight, I studied these two men as that old truck bounded across mile after mile of western trail, and right up to dusk.

I tried holding my hand up to block out the hot sun, but my arms always got tired. I tried making a visor with my hand, but same thing. I was usually thirsty. My mouth seemed to peel apart. When we tilted downhill in places, I would stiffen and peek over the long red hood, and it was beautiful. So many magical colors and shapes in a humbling desert landscape.

“This is God’s country,” my grandad would say, admiring the West out his window.

“Wasn’t always…” my uncle repelied, rolling his toothpick around in his teeth.

We drove the whole ranch because it was a full three-day trip on horseback, which the family had done here for several generations before us. It sure was hot, though. I actually thought it sounded nice to be on a horse — at least, you might feel the breeze, or could get off and sit in the creek. But the two stoic brothers didn’t speak much as we drove, and if they did, it was just a few words every hour.

They hadn’t seen each other in years. But sometimes, my grandad would pick me up from my mom’s house in his pristine ruby Oldsmobile (metallic rubellite, white-wall tires, and three-dozen sparkling spokes on each wheel), which he always kept in showroom condition, and he would drive me back to his family farm. Brothers cut from a different kind, I was naive about them at this young age; because they were infinitely kind and genteel. My grandad was a man’s man — had always changed his own oil and could fix anything. And it’s probably why his Olds rode like a dream.

He learned how to be a mechanic in the U.S. Air Force, working on something very secretive as a jet technician. My mother was born in Arkansas, less than half-an-hour from where Johnny Cash was born. Her family moved around some and hardly saw their extended families, especially my grandad.

Years later, I learned that my uncle, who was technically a great uncle, was one of the first men who landed on the beach in Normandy. And I don’t think any of his friends made it. I couldn’t imagine the horrors he saw and now has to live with.

The three of us sat quietly in my uncle’s old dusty truck, listening to tunes from country legends, and the occasional gospel song worked into the playlist on the radio station that came through best (at least before we got to higher ground). But then, my grandad would turn the volume all the way down, and they would both crank the windows down. I remember how hard it was to roll the windows up and down. To me, these were strongmen.

For a few long minutes, we’d sit in silence as the truck crept over the cactus, gravel, and grass. Sometimes we could hear coyotes howling in the distance. I could tell that these men had been doing this exact thing together for over sixty years. And after a few quiet minutes, my grandad would grab an old soundtrack and put that on.

“Jessie liked Cadillacs and diamonds on her hand,” Waylon Jennings told me time after time. This music made me so happy. I couldn’t explain it. Simple, thumping bass would make me nod my head, and I liked their deep, cowboy voices that cut through, telling me stories of good-timing, mama-rhyming cowboys and their sweet southern belles. I felt like I could see the stories they were singing in my mind.

Then I snapped awake, my vision focusing on the room buzzing around me — it took a moment for the night’s headache to set in appropriately. It’s been a few years since I last had that dream about being a young boy on the farm with my grandad. But I soon recognized that the hot sun I had felt on my forehead, just moments before, was actually the cold steel barrel of my .45 caliber pistol pressed hard to my brain.

“Wake up, you son of a bitch,” she whispered through a trembling breath.

“Just shut your fucking mouth,” she said, sliding my gun from my forehead, down the bridge of my nose, and then up against my teeth. The Smith & Wesson barrel scraped at the enamel of my front incisors, sobering me up really quick. You thought nails on a chalkboard was a bad sound?

“You don’t know how to use that thing,” I mumbled.

“I just pull the trigger,” she said, “like my dad said.” Her fingertip curled snuggly around the trigger.

“Hey, just wait… What the fuck? What happened?”

She said, “My dad told me how to do it. I made sure there were bullets. Then, I pulled this thing back, like this,” she lifted the gun up and struggled to yank the heavy slide back; but when she did, a live round fell out of the chamber, and she loaded another in. “Whoops,” she said, watching the gold bullet roll down the sheets.

I was now a far cry from that little boy in New Mexico, sitting in yet another tough predicament. I hadn’t been yelled at since the last time she yelled at me. And that wasn’t that long ago. In her defense, things had been moving pretty fast. We are all victims of the times — and for the most part, by our own doings.

For some reason, I thought back to being a boy. When we were driving the truck through the ranch, we would sometimes stop to have a pee and stretch our legs. Bouncing around the frontier with a full bladder is no fun, let me tell you; so we’d pull off the road and get out. I trotted to a nearby bush and proceeded to relieve myself. My granddad and uncle went toward the back of the truck to kick out a fresh salt block for the nearest herd, and then they’d have a smoke break or water a tree. I was too young to remember the best details. And memories have a funny way of painting over themselves every year, I’ve found.

“Teo!” My grandad called out to me, as I walked over to him. He wiped some grease off his fingers with a rag, a cigarette dangling from his lips. Then he reached over and painted two dark circles around my eyes with his fingers, and then he dragged a line down from each eye. The two men chuckled between themselves, “Now you’ve got your war paint,” he said.

I felt my eyes go wide as she lowered the barrel of the gun back down to my forehead. Now I knew it was loaded, whereas it was only a possibility before. And as my luck would have it, she looked as though she had found the gun’s safety, and had taken it off.

Her dad must have helped her.

“I saw you with her last night…” She whispered, “I saw the whole thing.”

“What are you talking about?” I said. “What happened?”

“You were all over that British girl! I’ve seen you looking at her page! Who is she!?”

“We’re just friends!” I yelled up at her. “There’s nothing going on!”

“That’s not what it looked like,” she said. “You looked like two old chums, laughing it up all night when I wasn’t around. Every time I looked up, you two managed to find each other.  And she thought you were sooooooo funny.” She closed one eye, as if to take aim.

“Baby, I don’t even remember any of that…” I said.

“Oh, now you conveniently don’t remember now?” She slid off me, “Get up!”

I put my hands up and rolled out of bed, nearly tripping over my boots. I stumbled to the bedroom doors with nothing but my skivvies on. She walked me backward, out of the bedroom, at which point I questioned her. “So, what are you gonna do now?” I said. “Shoot me? Just like that?”

“I’m gonna tell everybody you were cleaning your gun, and it went off,” she said.

I traversed the stairwell, tip-toeing around guitars, framed gold records, and dusty amplifiers lining the walls.

“What’s it matter to you anyhow!?” She backed me down the stairwell, but when I got to the bottom, I leapt for the front door, slapped open the deadlock, and nearly threw it off its hinges. Blinding white sunlight “went off” in the foyer, like a flash-bang grenade, and I leapt outside. “Stop!” She screamed, stepping onto the porch behind me.

I spun and threw my hands up into the air, backing into the street. And she charged. Her black eyeliner ran dry down her cheeks, reminding me for just a moment of my childhood war paint. And without much more ceremony, she squeezed the trigger — BANG!

“He was cleaning his gun and it went off!” She cried, explaining to the confused paramedic who was tending to me on the gurney.

While they lifted me into the ambulance, I glanced down in a nauseating daze, just as he refreshed  some bloodied gauze on my hand. “What the- ” I said.

The returning, searing pain in my hand suggested something superbly heinous. As I lifted my arm and unclenched my bloody fist, I saw the horror of her evil way.

“No, don’t do that,” the paramedic said, suggesting I don’t look.

“Oh my God,” I muttered, staring at my right hand.

Because my fiancé had shot off almost half of my right index finger.